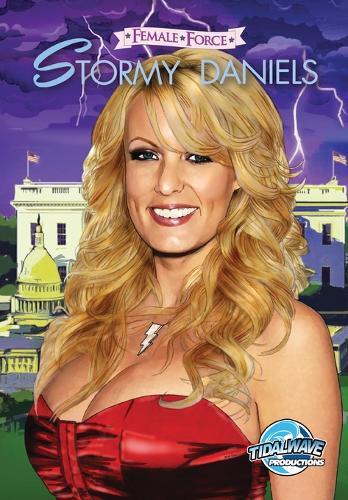 Stormy Daniels, film star and director, rose from the strip clubs of Baton Rouge to the top of the lucrative adult film industry. She’s also a savvy media mogul and entrepreneur, turning her brand into a worldwide phenomenon while empowering women to stand up for themselves and defy those who would marginalize them. Catapulted into the mainstream as the spicy center of a hush-money scandal involving President Donald Trump, Stormy has weathered threats, lawsuits, and politically motivated arrests by steadfastly refusing to back down in her demand to hold the president responsible for his actions. Containing new pages, a new ending, and bonus images, this graphic novel retelling of her rise to fame is edited by Stormy and contains a foreword she wrote, proving you should never underestimate her. New cover by famed comic book artist Dave Ryan.