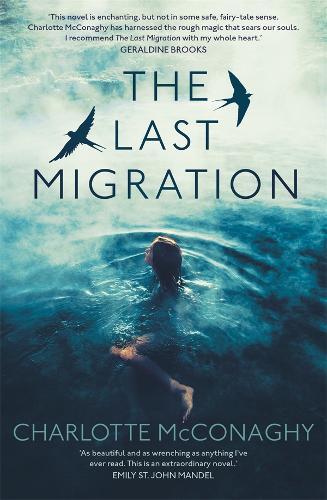 A dark past. An impossible journey. The will to survive.
How far you would you go for love? Franny Stone is determined to go to the end of the earth, following the last of the Arctic terns on what may be their final migration to Antarctica.
As animal populations plummet and commercial fishing faces prohibition, Franny talks her way onto one of the few remaining boats heading south. But as she and the eccentric crew travel further from shore and safety, the dark secrets of Franny’s life begin to unspool. A daughter’s yearning search for her mother. An impulsive, passionate marriage. A shocking crime. Haunted by love and violence, Franny must confront what she is really running towards - and from.
The Last Migration is a wild, gripping and deeply moving novel from a brilliant young writer. From the west coast of Ireland to Australia and remote Greenland, through crashing Atlantic swells to the bottom of the world, this is an ode to the wild places and creatures now threatened, and an epic story of the possibility of hope against all odds.

While The Last Migration is the author’s debut work of literary fiction, Charlotte McConaghy’s considerable experience writing speculative fiction is evident in the pacing and plot of this novel. McConaghy is clearly as adept at catching readers as her enigmatic sea captain, Ennis Malone, was at catching herring – before the fish disappeared.

A staunch vegetarian and conservationist, Franny Stone must go against everything she and her beloved husband believe in and convince the crew of one of the few remaining legal fishing vessels to let her join them so she can shadow the last Arctic terns on what is predicted to be their final migration from the Arctic to Antarctica. Malone and his crew of six are on a pilgrimage of their own in pursuit of the ‘Golden Catch’ – a fishing haul large enough to fill their boat and make their fortunes, like in the old days – before commercial fishing is outlawed once and for all.

It’s a race against the clock for all concerned, and when an ensemble cast of characters sets off around the world on a hunt for endangered birds that may lead them to the catch of a lifetime, there will be drama. The novel draws upon backstories knotted with tragedy and reveals a present in which the perilous stakes include love, death, and mass extinction.

The reader is confronted by a near-future reality in which few animal species of any kind are left in the wild – and ordinary sights we take for granted (when not in lockdown), such as seagulls snatching chips, are rare and nostalgic. Although it is a very different novel, The Last Migration reminded me of David Dyer’s The Midnight Watch, not only because they are both sea-faring epics, but also for the authors’ shared interest in the life-altering potential of small human actions.