Birds In The Bush (DIY Bilingual) 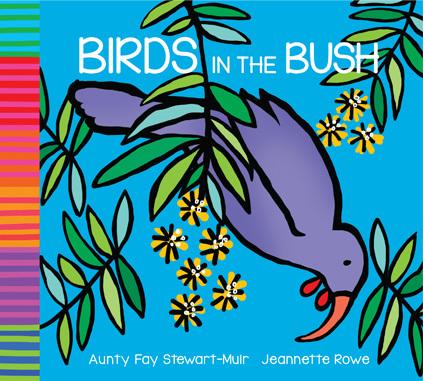 Birds In The Bush (DIY Bilingual)

Birds in the Bush is a new book created by respected Boon wurrung Elder Aunty Fay Stewart Muir and Australian illustrator Jeannette Rowe.
This book can be read in Boon wurrung langauge and in English. An extra space under the text has also provided to allow for the addition of a third language or dialect.
Every language reflects and shares the knowledge and culture of its people. This book created by Aunty Fay, is designed to share and preserve her Boon wurrung langauge and help pass it on to the next generation.
“Books are a gift in the joys of learning. Please read to children in the womb, up until they can read for themselves. It is a gift of love that will keep on giving, long into adulthood.”…
Aunty Fay
$12.95Add to basket ›