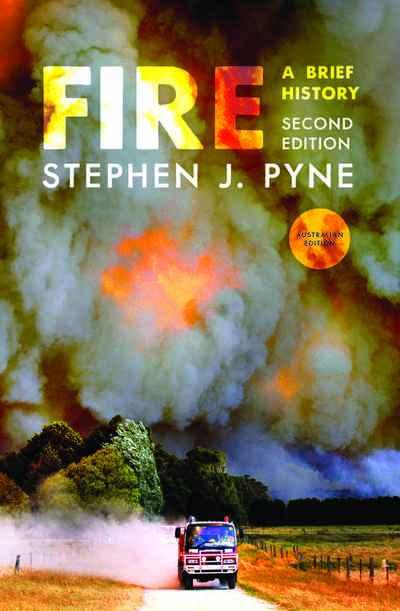 What does a full-blown Fire Age look like? We are about to find out, and Australia will feel the looking-glass transition from an ice world to a fire world more fully and suddenly than elsewhere.

Over vast expanses of time, fire and humanity have interacted to expand the domain of each, transforming the earth and what it means to be human. In this concise yet wide-ranging book, Stephen J. Pyne - named by Science magazine as ‘the world’s leading authority on the history of fire’ - explores the surprising dynamics of fire before humans, fire and human origins, aboriginal economies of hunting and foraging, agricultural and pastoral uses of fire, fire ceremonies, fire as an idea and a technology and industrial fire.

Speaking directly to humanity’s ancient alliance with fire - at once a mutual-assistance pact and a Faustian bargain - this revised and expanded second edition looks to the future of fire as a constant, defining presence on earth in which megafires have become routine, large swathes of landscape suffer a fire famine and unremitting industrial combustion promises to create the fire-informed equivalent of an ice age - an epoch that Pynes calls the Pyrocene.

In this Australian edition, Pyne discusses in a new preface how the Aboriginal firestick has become an emblem of cultural recovery, and how it may now find itself as a lever of resilience amid the Pyrocene.