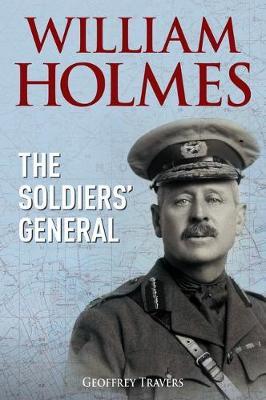 The road that first leads people from Kingston Smith Airport in Sydney is named General Holmes Drive, but nowadays few Australians know anything about General Holmes. William Holmes could be remembered for his lifelong public service in developing Sydney’s water supply and sewerage system - but he should be remembered as one of the foremost Australian citizen soldiers of his time. Holmes commanded Australia’s first independent military expeditionary force in World War I, and in New Guinea accepted the first German surrender for Australia. At Gallipoli, Pozieres, Bullecourt and Messines, Holmes earned a reputation for fearlessness in battle, believing that at critical times and even during pauses in engagement, reconnaissance should be conducted by the officers in command making the decisions. He was known to all his soldiers and his leadership inspired their affection and loyalty. Philosophical about the risks he took on the battlefield, it was cruel irony indeed that Holmes was killed on the day he took extra safety precautions. Holmes, a contemporary of John Monash, arguably achieved more in his early career than his peer and would certainly have been a contender for command of the Australian Corps in 1918 had he still been alive. This is his story.