The Adventures of Princess Peony 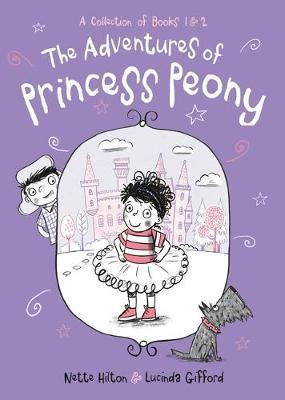 The Adventures of Princess Peony

Princess Peony stars here in her first two adventures, reminding young readers why her princess credentials are as strong as they ever were.
Once upon a time there was a dear little girl called Peony. That’s P.E.O.N.Y. And it’s me. I live in a Castle with my Dragon whose name is Totts. That’s T.O.T.T.S And that makes me a Princess if you really want to know.
The Adventures of Princess Peony features the plucky little princess’s first two adventures, reminding readers just how useful a quick wit, a strong imagination and a dog who thinks he’s a dragon can be. Especially when some TROLLS do not fully appreciate one’s greatness. Princess Peony must keep an eye on the evil troll (her brother) as he tries to steal her dragon (dog), all the while avoiding being eaten by a bear, restoring order to the kingdom and proving that she is, in fact, a princess.
$14.99Add to basket ›