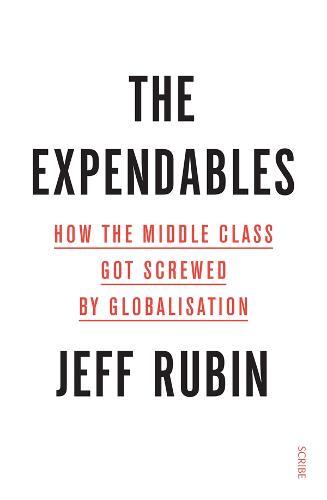 A provocative, far-reaching account of how the middle class got stuck with the bill for globalisation, and how the blowback - from Brexit to Trump to populist Europe - will change the developed world.

Real wages have not risen much for decades. Union membership has collapsed. Full-time employment is beginning to look like a quaint idea from the distant past. Falling tariffs, low interest rates, global deregulation, and tax policies that benefit the rich have all had the same effect: the erosion of the middle class.
Bestselling author Jeff Rubin argues that all this was foreseeable back when major Western countries started to believe their own propaganda about free trade, and especially when they allowed China to exploit weaknesses in the trading system they devised.
The result, growing global inequality, is a problem of our own making. And solving it won’t be easy if we draw on the same ideas about capital and labour, right and left, that led us to this cliff. Articulating a vision that, remarkably, dovetails with the ideas of both Naomi Klein and Donald Trump, The Expendables is an exhilaratingly fresh perspective that is at once humane and irascible, fearless and rigorous, and, most importantly, timely. GDP is growing, the stock market is up, and unemployment is down, but the surprise of this book is that even the good news is good for only 1 per cent of us.
$34.99Add to basket ›