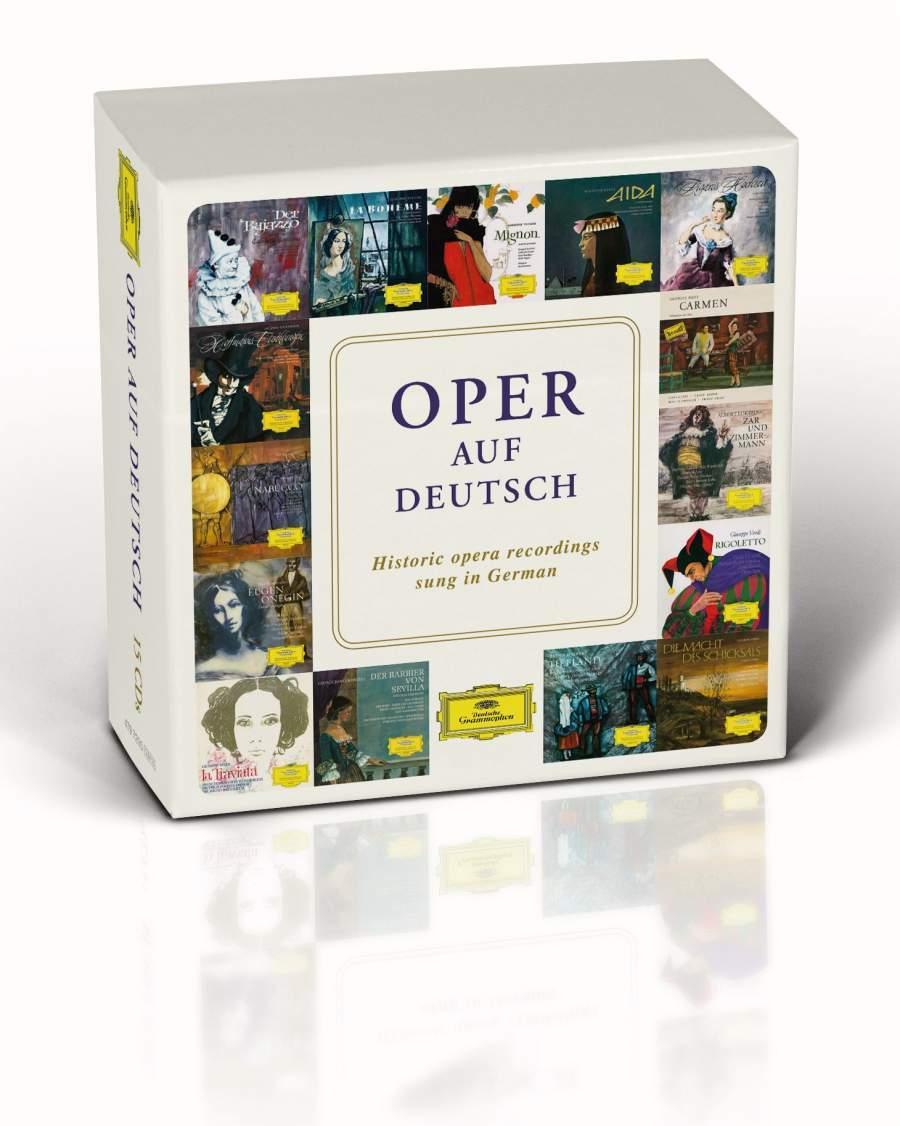 This collection is a real treasure trove for opera lovers and tells the astonishing story of an era when all the many municipal opera houses in the German-speaking world performed the standard repertoire from Bizet to Verdi in the local language only. Artists like Fritz Wunderlich had to relearn their roles when they performed on the international stage. Later, it was Karajan who broke with tradition and insisted that operas should be performed in their original language in his productions in Vienna, Salzburg and Milan. These operatic highlights, sung in German, were all created via major studio productions of the 1960s.
The casts are exceptional, not to say immodest from today’s perspective, featuring the greatest voices of the period even in minor roles, they capture an impressive standard of vocal artistry: Fritz Wunderlich, Dietrich Fischer-Dieskau, Brigitte Fassbaender, Ernst Haefliger, Irmgard Seefried, Rita Streich, Sándor Kónya, Ingeborg Hallstein, Hans Hotter, Inge Borkh, Franz Crass, Gisela Vivarelli, Martti Talvela and many, many more.
Includes the first CD release of Carmen with Gisela Litz, Ernst Kozub, Franz Crass, Badische Staatskapelle and Marcel Couraud.
The collection is presented with an insightful essay by Jürgen Kesting providing a wealth of contextualinformation and artistic background.
$89.95Add to basket ›