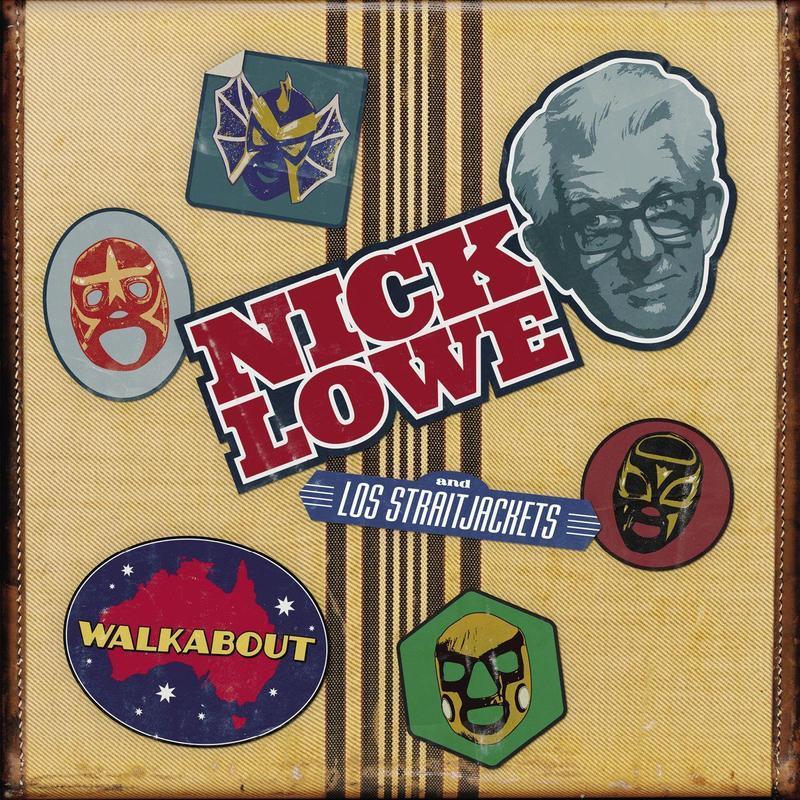 Nick Lowe & Los Straitjackets are heading to Australia for their first ever joint tour of the Lucky Country! To commemorate this special event, Yep Roc is releasing Walkabout, a limited edition compilation of Nick and the Straitjackets' recent works plus some previously unreleased material.
Walkabout features three songs from each of Nick’s recent EPs: Tokyo Bay/Crying Inside (which includes a cover of “Heartbreaker” penned by the Australia’s own Bee Gees) and Love Starvation/Trombone. Also included are four Los Straitjackets' surf rock covers of Nick’s greatest hits, found on their 2017 Nick Lowe-tribute album What’s So Funny About Peace, Love and Los Straitjackets.
Also featured on Walkabout is the first ever physical release of Los Straitjackets' cover of the Easybeats' Aussie anthem “Friday on My Mind” and a totally unreleased live recording of Nick and Los Straitjackets performing Nick’s “Heart of the City” in 2018.
$19.95Add to basket ›