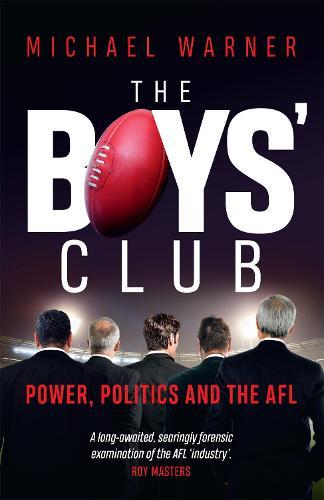 The Boys' Club is the must-read inside story behind the power and politics of AFL, Australia’s biggest sport.
Revealing how the fledgling state administrative body evolved into the Australian Football League and its meteoric rise to become one of the richest and most powerful organisations in the land, award-winning investigative journalist Mick Warner delivers a fascinating insight into key figures and their networks.
Tracking the rise of the game and the AFL figureheads, The Boys' Club lifts the lid on the scandals, secrets and deal making that have shaped the Australian game.
$32.99Add to basket ›