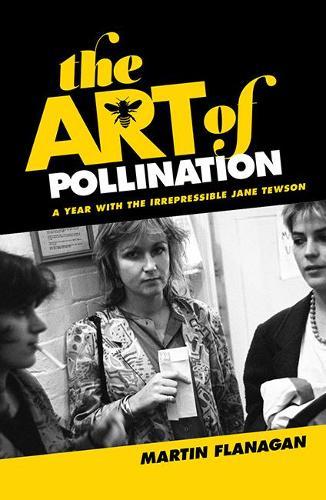 ‘This moving book masterfully gets to the heart of what makes Jane Tewson and Igniting Change such unique, uniting powers. I’ve never met anyone quite like Jane. She is an unassuming force of nature who quietly goes about transforming the world and lighting up lives wherever she goes.’ - Sir Richard Branson
In the early 1980s, Jane Tewson transformed how charity worked in Britain, giving status to people who had previously been given to. The cream of English comedy gathered around her vision, bringing about Comic Relief, now a British institution; and brilliant, fun ideas like Red Nose Day. In 1999, Jane moved to Australia and started her ‘intentionally tiny charity’, Igniting Change.
In The Art of Pollination, Martin Flanagan tells Jane Tewson’s inspirational story as a spark for social change.
$29.99Add to basket ›

END_OF_DOCUMENT_TOKEN_TO_BE_REPLACED

No Matter Our Wreckage