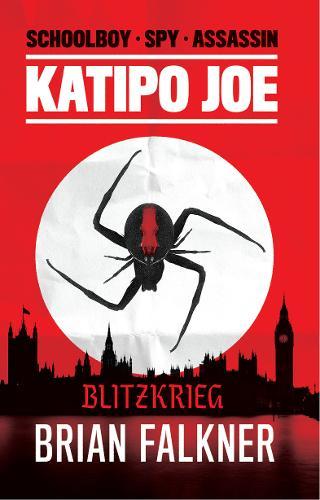 Joseph St George is a young New Zealander, the son of diplomats in 1930s Berlin. But the Nazis are on the rise and the world is on a spinning path to destruction. Joe’s world is about to change, violently.
After a narrow escape from Germany with his mother, Joe is recruited by MI5 and given a mission to infiltrate the Hitler Youth movement. From vital convoys across the frozen North Atlantic, to the terror of the London Blitz, to the shadowy world of the French Resistance, this is Joe’s world.
Inspired by true events, Katipo Joe is a story of incredible heroism, unlikely friendships and unbearable tragedy, set against the backdrop of World War Two.
$16.99Add to basket ›