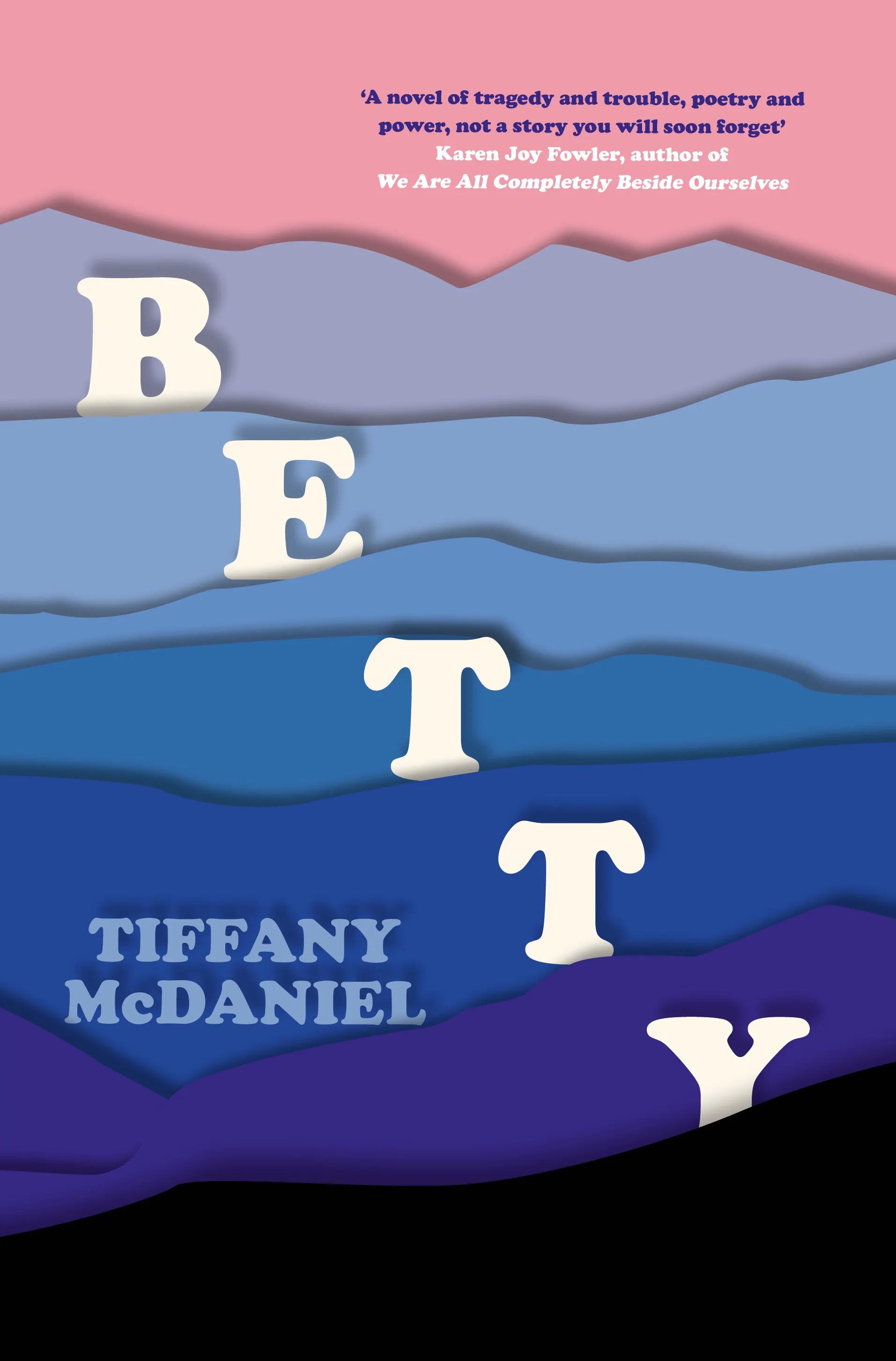 ‘A girl comes of age against the knife.’ So begins the story of Betty Carpenter.
Born in a bathtub in 1954 to a Cherokee father and white mother, Betty is the sixth of eight siblings. The world they inhabit is one of poverty and violence - both from outside the family and also, devastatingly, from within. When her family’s darkest secrets are brought to light, Betty has no choice but to reckon with the brutal history hiding in the hills, as well as the heart-wrenching cruelties and incredible characters she encounters in her rural town of Breathed, Ohio.
Despite the hardship she faces, Betty is resilient. Her curiosity about the natural world, her fierce love for her sisters and her father’s brilliant stories are kindling for the fire of her own imagination, and in the face of all she bears witness to, Betty discovers an escape: she begins to write.
A heartbreaking yet magical story, Betty is a punch-in-the-gut of a novel - full of the crushing cruelty of human nature and the redemptive power of words.

I’m still a child, only as tall as my father’s shotgun.

So begins Betty’s story. Betty is a fictionalised account of the author’s own mother as she comes of age in Breathed, a town set in the foothills of Ohio Appalachia. The daughter of a Native American man and a white woman, Betty is half Cherokee and, unlike her siblings, looks it. A source of consternation for the oft-bullied “Little Indian”. But for Betty, the scariest place may be at home, where secrets and trauma plague her family members and sour every interaction. This is the story of a young girl. This is a story of a family, of a loving father. This is a story of women and how abuse gets mapped upon young female bodies.

Set primarily in the 1960s, Tiffany McDaniel’s work transports the reader, particularly the Australian one, to a completely different time and place. Told from a child’s perspective, the novel draws upon Bible verses, Native American folklore and a series of news articles to trace Betty’s childhood. Comparisons to Harper Lee’s To Kill a Mockingbird or Toni Morrison’s Beloved seem apt here. As a work of biographical fiction, it also reminded me of Tara Westover’s Educated and Jeanette Wall’s The Glass Castle.

Be forewarned: this is not an easy or gentle read. It contains graphic descriptions of sexual and domestic abuse. One of the novel’s main concerns is the legacy of trauma and McDaniel pulls no punches in that regard. But the author’s main talent lies in her ability to make the harrowing, the mundane, and the everyday into something lyrical and rewarding for the reader. Again, this is not an easy read, but it is an important one.