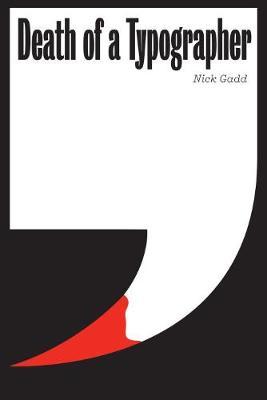 Martin Kern has a special sensitivity to fonts, a skill that he uses to solve typographical crimes. When a local printer is found dead in his workshop, his body in the shape of an X, Martin and his co-investigator, journalist Lucy Tan, are drawn into a mystery that is stranger than anything they have encountered before. Someone is leaving typographical clues at the scenes of a series of murders. All the trails lead back to Pieter van Floogstraten, a Dutch design genius who disappeared without trace in the 1970s, and who has since been engaged in a mystical scheme to create the world’s most perfect font, which is concealed in locations around the globe. But is he really the killer, and how are the crimes connected to his secret font? In solving the mystery, Martin and Lucy may have to expose Martin’s hero as a psychopath. The main plot of the novel unfolds in Melbourne, while interleaved chapters set variously in a Tibetan monastery, on the plains of Peru, in London, Naples and Amsterdam, gradually reveal the story of Floogstraten in flashback. Other characters include a noir-style private font investigator, a typographical monk from the Renaissance, a Dutch prog rock group named I Am A Dolphin, and a collective of Italian typo-terrorists. This novel takes the reader into the arcane world of typographers and their typefaces, of symbols, swashes and glyphs, where the difference between a serif and sans serif could mean life and death.