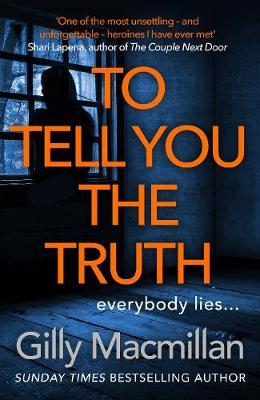 Lucy Harper has a talent for invention. She is an exceptionally successful writer whose obsessive readers hound her for every book. But the pressure is extreme. And it’s not just the pressure of finishing her next novel. Years ago when she was a child, Lucy’s little brother went missing and he has never been found. Many people think Lucy was responsible for his disappearance. Lucy herself can’t bear to think about it.

Writing a thriller a year is demanding and Lucy depends on her husband Dan to take care of everything in her life. But Lucy finds herself in a real police drama when Dan goes missing. The evidence points to her. And it isn’t the first time someone’s vanished in Lucy’s orbit.

Did she kill her husband? Would she remember if she did? Is she even capable of telling the truth?