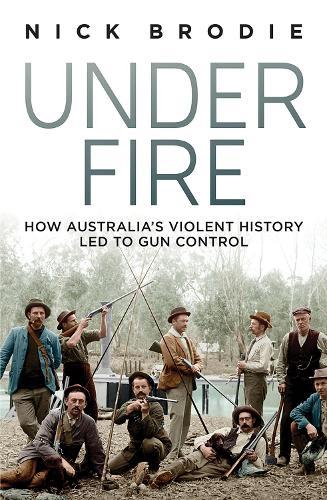 This is a history of Australia, measured by the gun. From bushrangers and soldiers to the many farmers and recreational shooters shooting animals and each other, the firearm is an inescapable part of Australia’s story and its characters.
But just as guns have been a part of Australia’s modern identity, so too has gun control. After the 1996 Port Arthur massacre, Australia became a world-leader in firearms regulation. Yet even before this tragedy, questions had long been brewing: questions over who could shoot what, where, and when. This is the story of the answers we negotiated.
In Under Fire, acclaimed popular historian Nick Brodie takes a closer look at the role of guns in Australia and how we removed ourselves from the firing line.
$29.99Add to basket ›