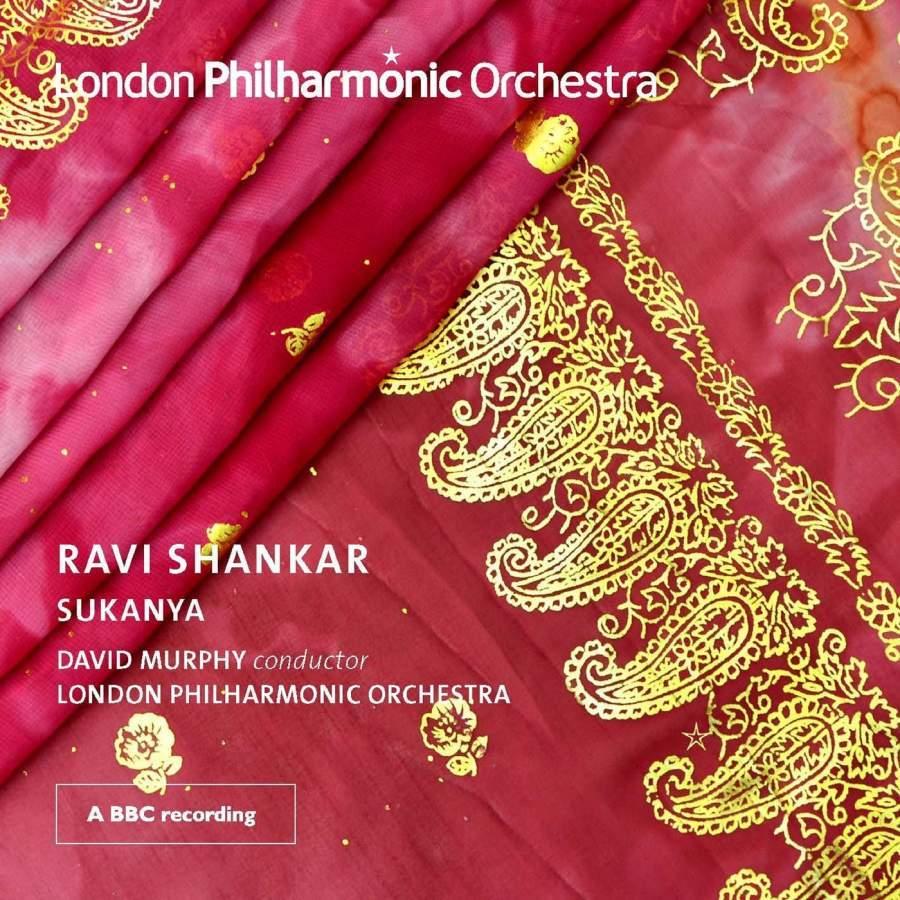 Sukanya is Ravi Shankar’s only opera. He began writing it at the age of 90 and it was left incomplete at the time of his death in 2012. It was completed and orchestrated by David Murphy, a longtime collaborator of Shankar’s, with the help of Shankar’s wife Sukanya and daughter Anoushka.
Inspired by Shankar’s own wife and based on a tale from the Mahābhārata, Sukanya seamlessly blends Western and Indian musical traditions to tell an epic and magical love story which transcends time and space.
Featuring the original cast of the opera, including Susanna Hurrell and Alok Kumar as Sukanya and Chyavana the elderly sage performing alongside masters of traditional Indian instruments and the BBC Singers. This blend of traditions was praised for its “soundworld of arresting beauty and originality” (What’s On Stage). This World Premiere recording is taken from a live performance during the premiere production of the opera.
Classical Source praised the production and said it created “a blaze of colour and energy… ravishing musical moments and gorgeous spectacle… Sukanya is a triumphant celebration of shared humanity.” The Telegraph called the production “a delightful evening of pure escapism,” and The Guardian described it as “a ravishing spectacle.”
$26.95Add to basket ›