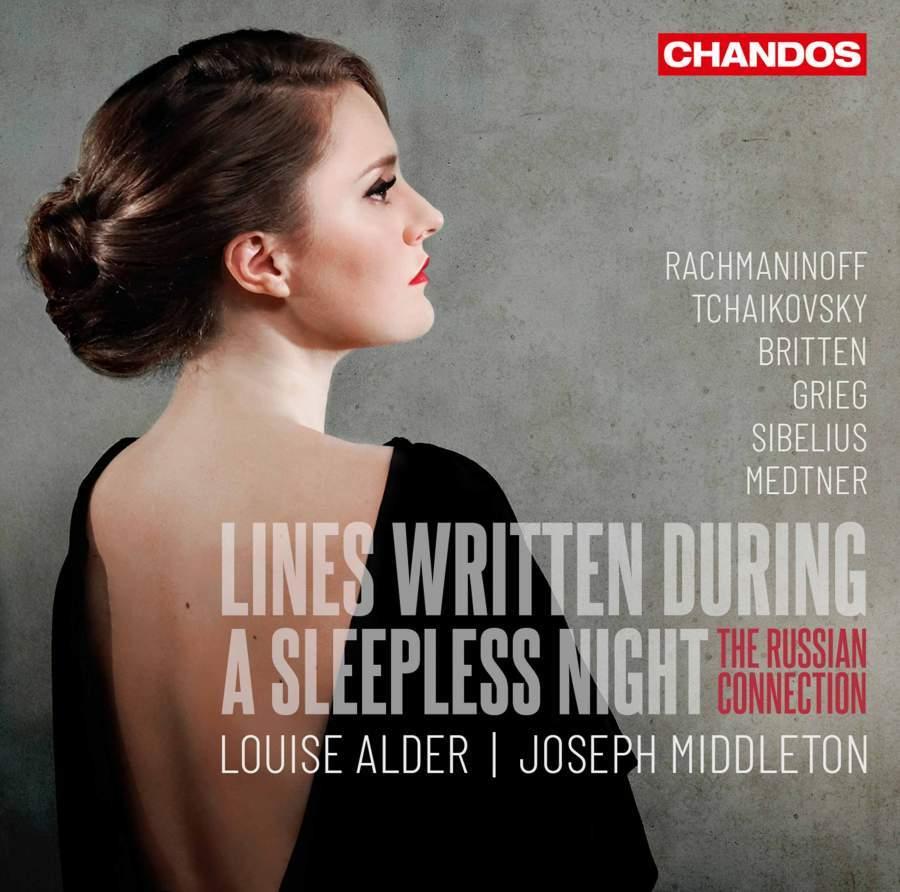 The young British soprano Louise Alder traces her family history through a programme of Rachmaninov, Grieg, Medtner, Sibelius, Tchaikovsky and Britten, with superb support from Joseph Middleton.
For her debut album for Chandos, Louise Alder performs a fascinating and very personal programme of songs musically and linguistically interconnected and reflecting her family’s history, journeying from Odessa to London via St Petersburg, Finland, and Norway.

Three years since her debut recital disc Through Life and Love, British soprano Louise Alder is back, and her voice is more ravishing than ever. Lines Written During a Sleepless Night is an homage to Alder’s Russian roots, as she explores repertoire in the language of her maternal ancestors, alongside a selection of songs usually associated with much heavier voices.

Whether singing in Russian, Finnish, German or French, Alder has a naturally expressive voice, and possesses an instinctive knack for the various languages covered here. In Sibelius’s ‘Säv, säv, susa’ (‘Reeds, reeds, whisper’) she employs an occasionally breathy tone to imitate the reeds of which she sings, and, with much pluck, in Tchaikovsky’s ‘Sérénade’ Op. 65’ she takes on the persona of a French cabaret singer. Alder’s voice is in full, voluptuous bloom in Rachmaninov’s ‘Daisies’, providing contrast with her reading of Grieg’s far more reserved, and sometimes quaint, lieder.

Her recording of Britten’s song cycle ‘The Poet’s Echo’ – from where the disc takes its name – is the crowning point of the album. Although the music is severe and challenging, Alder’s performance is intelligent and moving, and pianist Joseph Middleton’s playing is exceptional for its precision and emotional intensity.