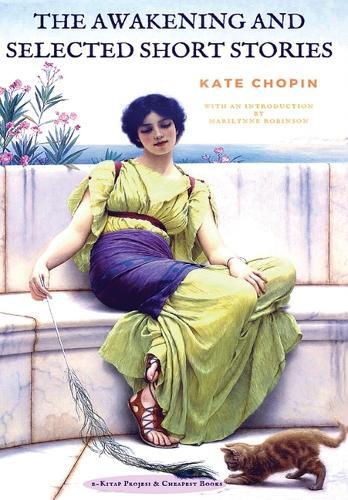 Although Kate Chopin lived in St. Louis, Missouri, for most of her life, the few years that she spent in Louisiana profoundly influenced her writing career, which lasted from about 1888 to 1902. Her best-known work, The Awakening (1899), created a sensation in its day by depicting a woman whose dissatisfaction with her role in society leads her to seek a life independent of her husband and children. The short novel was nearly forgotten for more than fifty years until feminist scholars in the late twentieth century championed Chopin’s work as a courageous declaration of women’s sexual and spiritual yearnings. The Awakening tells the story of 28-year-old Edna, a Kentuckian married to 40-year-old French Creole Leonce Pontellier, a New Orleans businessman. The novel opens as Edna and her two young sons are summering along the Gulf of Mexico at Grand Isle, in beachfront cottages owned by Madame Lebrun from New Orleans, where exclusive visitors … enabled [Madame Lebrun] to maintain the easy and comfortable existence which appeared to be her birthright. Leonce has arrived for the weekend, but by Sunday morning he seems distracted by the activity around him and heads off for an afternoon of gambling at the resort hotel. Edna spends the day with Robert, Madame Lebrun’s son, a 26-year-old unmarried merchant with vague plans of traveling to Mexico. Surrounded entirely by French Creoles who know each other well, Edna is mildly shocked yet titillated by the disarming candor of conversation among her summertime friends. Eventually, influenced by such company and by the island’s serenity, she [begins] to loosen a little the mantle of reserve that had always enveloped her. Edna struggles to express that she feels constrained by her life in New Orleans. She learns to swim, moving farther from shore as the summer passes, an outward sign of her desire for more freedom.