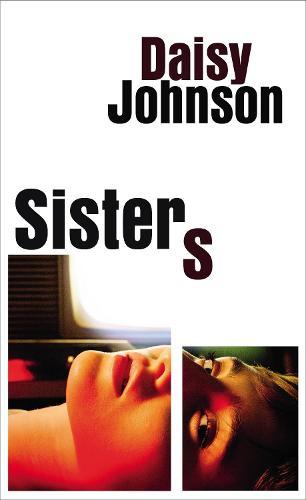 The electrifying new novel from the Man Booker-shortlisted author of Everything Under After a serious case of school bullying becomes too much to bear, sisters July and September move across the country with their mother to a long-abandoned family home.

In their new and unsettling surroundings, July finds that the deep bond she has always had with September - a closeness that not even their mother is allowed to penetrate - is starting to change in ways she cannot entirely understand.

Inside the house the tension among the three women builds, while outside the sisters meet a boy who tests the limits of their shared experiences.

With its roots in psychological horror, Sisters is a taut, powerful and deeply moving account of sibling love that cements Daisy Johnson’s place as one of the most inventive and exciting young writers at work today.

Something terrible has happened. Sheela’s only recourse is to spirit away her two teenage daughters, July and September, and herself, from their home in Oxford to a run-down shack in the Yorkshire Moors known as the Settle House. It is here that we get to know the two sisters and their strangely close relationship.

Born ten months apart, July and September sometimes feel more like twins despite their obvious differences. July resembles her maternal, Indian grandmother and September is as pale as their absent, Danish father. September is bold and rude; July is meek and polite. A leader and a follower, they are perfectly happy in just each other’s company. As stated early on in the novel: ‘It would have surprised neither of us to have found, slit open, that we shared organs, that one’s lungs breathed for the both, that a single heart beat a doubling, feverish pulse.’

However, as the narrative progresses, the house and its occupants become increasingly unsettled. The Settle House itself feels like a character, ‘a shifting and changing thing, awkward in its flesh, sometimes swelling and bloating out from its own walls.’ In this environment the boundaries between sleep and consciousness become blurred and the sisters slowly lose their grip on reality – taking the reader with them.

Daisy Johnson was the youngest author ever to be shortlisted for the Booker Prize, for her debut novel Everything Under. Her sophomore effort proves to be just as ambitious and exciting. Sisters contains the menace of a Shirley Jackson or Stephen King novel but with Johnson’s own poetic style; simultaneously beautiful and thrilling. I would not be surprised to see Sisters on its own fair share of prize shortlists for this year. Highly recommended.