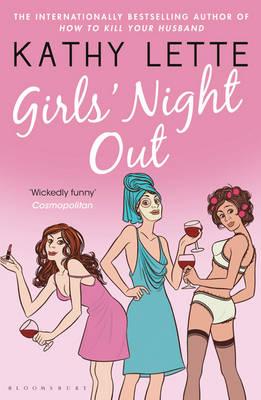 Girlfriends are each other’s human wonder bras - uplifting, supportive and making each other look bigger and better He’s coming at seven. He promised. Handle it. Act normal. It’s your personality he’s hot for, you tell yourself as you pumice toes, steam blackheads, razor pits, apply lip bleach and an organic face pack consisting of cucumber, honey, yoghurt and egg whites. The seven friends who get together for a girls' night out believe there are only two things wrong with men: everything they say and everything they do. Rowena has run away to a commune to `find herself' (but by that time, will there be anybody home?); `The Sushi Sisters' are trying to find fame as street singers; and Soula is trying to find a man who doesn’t think monogamy is something you make dining room tables out of (does the teething ring in her boyfriend’s pocket mean that he’s married?)… In these hilarious tales of sun, sex and surf Down Under Kathy Lette reveals what women really say when men aren’t around.