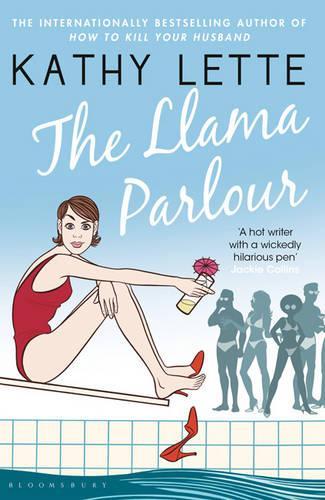 _______________ ‘Funny, irreverent, smart. A hot writer with a wickedly hilarious pen’ - Jackie Collins ‘Laugh? I was nearly hospitalized … outrageous, rough and raunchy’ - Cosmopolitan ‘The best one-liners you’re likely to see in print all year’ - Jonathan Coe, Guardian ‘It cheered me up’ - Salman Rushdie _______________ Love is in the air - or is it only Kat’s car exhaust?… The thing I longed for the most was to fall in love. I wanted an American Romeo, hot off the press, home-delivered. Nothing special, as long as he had pectorals, a PhD, a nice bum, a non-sexist attitude, a top tan, a well-read penis, pale blue eyes, could cook souffles, arm-wrestle crocodiles and wanted a loving relationship with bone marrow-melting sex. Now, was that too much to ask of a billionaire? Kat Kennedy is bored with Australian life. Especially the men. So when she wins a part in a top American sitcom, she jumps at the chance to experience some Hollywood glamour. Even if they do wear sunglasses indoors. But even her new best friend, the straight-talking Tash, can’t prepare Kat for a town where the men have love-bites on their mirrors, there is no law of gravity (skin sags upwards), and they say ‘Have a nice day’ - and then shoot you. And then there’s the irresistible superstar Pierce Scanlen. But can Kat compete with the other great love of his life - himself?