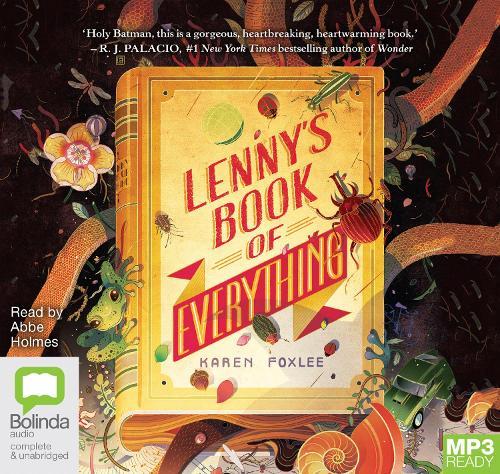 Lenny Spinx is the sister of a giant. Her little brother, Davey, has a rare form of gigantism that puzzles his doctors and astounds his friends, neighbours and teachers. Together, Lenny and Davey escape to a more wondrous reality by obsessing over the entries in their monthly installment of Burrell’s Build-It-at-Home Encyclopedia set. They lose themselves in passages about abominable snowmen, jellyfish, peregrine falcons and quicksand. Lenny vows to become a beetle expert, while Davey decides he will run away to Canada and build a log cabin. As Davey’s disease progresses, though, their richly imagined world becomes harder to cling to. From A to Z, this is a deeply moving story about growing up and up and up and the unshakable bond between siblings.