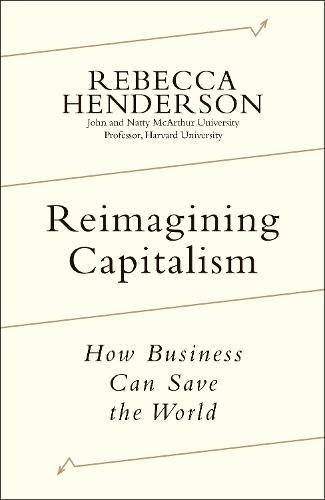 Free market capitalism is one of humanity’s greatest inventions, and the greatest source of prosperity the world has ever seen. But it’s also on the verge of destroying the planet and destabilizing society in its single-minded pursuit of maximizing shareholder value.
Rebecca Henderson, McArthur University Professor at Harvard University, argues for a new framework; one that can simultaneously make a positive societal impact by confronting the realities of the environment and the need to address social and economic inequality, while also delivering sustained financial performance to ensure economic growth that brings prosperity and wellbeing to society as a whole.
Drawing on the lessons of companies from around the world who are acting on this responsibility - who are not only surviving but are thriving, becoming leaders in their industries and beginning to drive the wheels of change - Professor Henderson proves that this is not only a moral imperative for business but also the only way to remain competitive in our changing world.
$35.00Add to basket ›