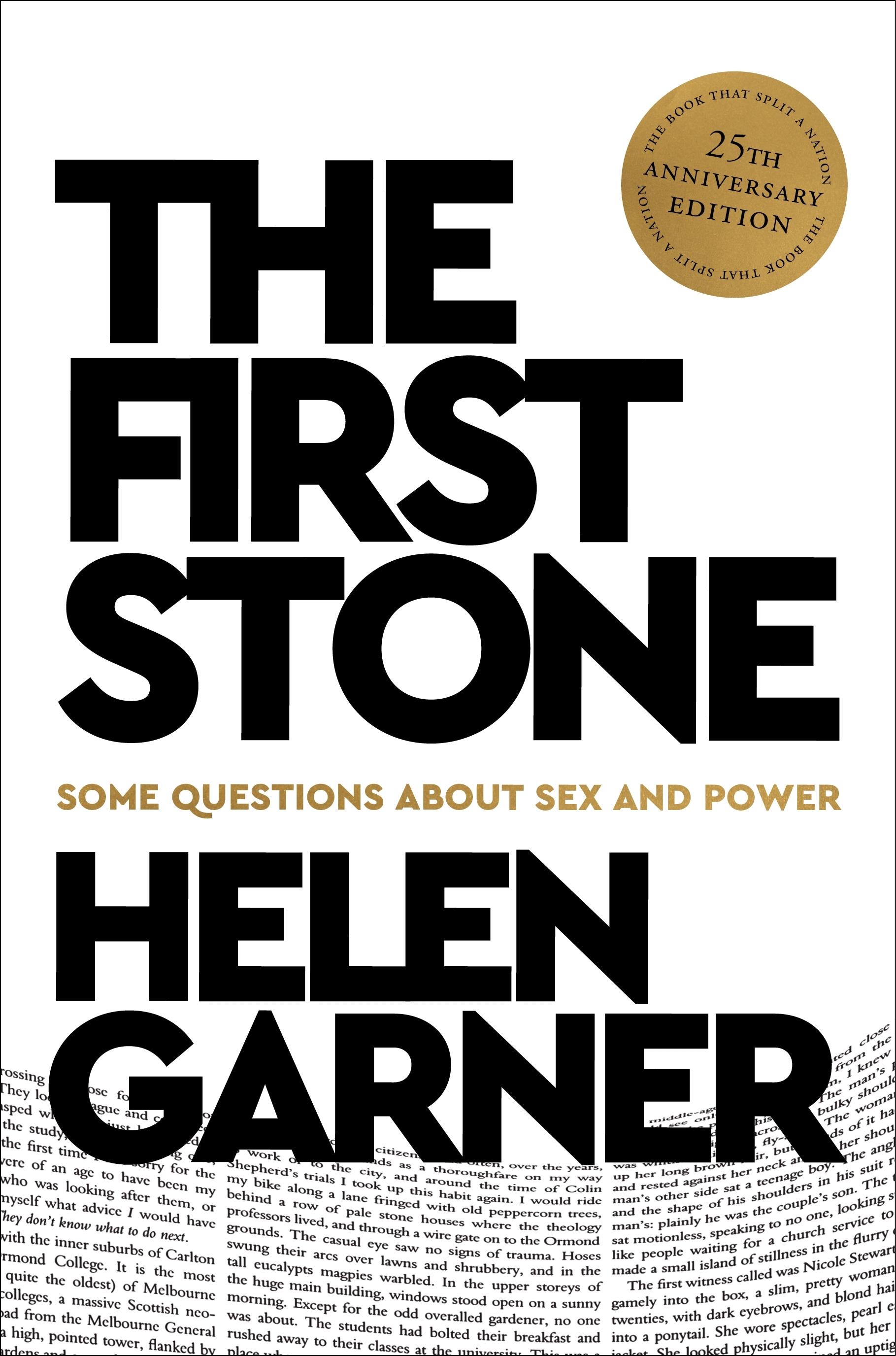 In the autumn of 1992, two young women students at Melbourne University went to the police claiming that they had been indecently assaulted at a party. The man they accused was the head of their co-ed residential college.

The First Stone has been reviled and revered. At the time of publication, its author was both vilified and lionised by readers. Now, when Garner has achieved the status of one of our most respected literary icons, this story is no less sharp, no less relevant, and no less divisive.
‘This is writing of great boldness… an intense, eloquent and enthralling work.’ - The Australian
‘This was never going to be an easy book to write, its pages are bathed in anguish and self-doubt, but suffused also with a white-hot anger.’ - Good Weekend
‘Garner has ensured one thing: the debate about sexual harassment … will now have a very public airing. And it will have it in the language of experience to which all women and men have access.’ - The Age
‘Travelling with Garner along the complex paths of this sad story is, strangely enough, enjoyable. The First Stone [is] a book worth reading for its writing…’ - The Sydney Morning Herald
$32.99Add to basket ›