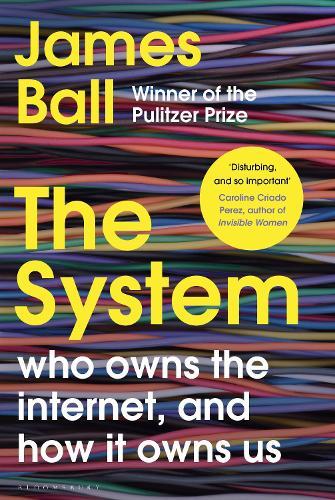 The internet is a network of physical cables and connections, a web of wires enmeshing the world, linking huge data centres to one another and eventually to us. All are owned by someone, financed by someone, regulated by someone.
We refer to the internet as abstract from reality. By doing so, we obscure where the real power lies.
In this powerful and necessary book, James Ball sets out on a global journey into the inner workings of the system. From the computer scientists to the cable guys, the billionaire investors to the ad men, the intelligence agencies to the regulators, these are the real-life figures powering the internet and pulling the strings of our society.
Ball brilliantly shows how an invention once hailed as a democratising force has concentrated power in places it already existed - that the system, in other words, remains the same as it did before.
$29.99Add to basket ›

END_OF_DOCUMENT_TOKEN_TO_BE_REPLACED

Landscapes of Our Hearts: Reconciling People and Environment