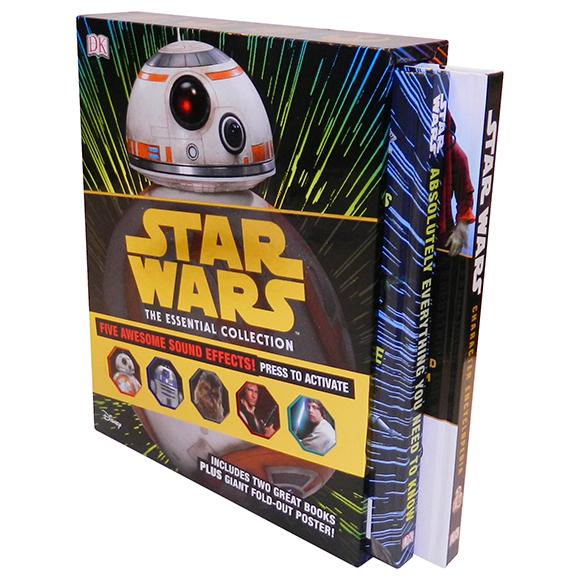 Star Wars The Essential Collection is a box set that collects two reference titles: Star Wars Absolutely Everything You Need to Know and the Star Wars Character Encyclopedia Updated and expanded since it was released in September 2016.
The slipcase features five awesome push-button sound effects on the front cover.
In addition to the two reference titles the set also includes a giant fold-out poster featuring characters and scenes from the film Star Wars The Force Awakens.
$39.99Add to basket ›

The Most Dangerous Book: The Battle for James Joyce’s Ulysses