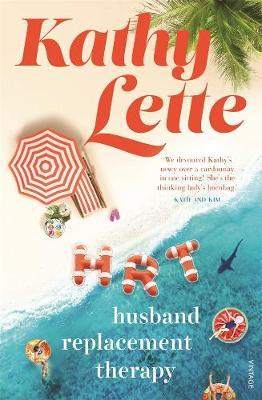 What do you do when you’re told you’ve got terminal cancer at 50? Take up crochet, get religion and bow out gracefully? Or upend your life and spend every remaining minute exploring new pleasures?

Ruby has always been the generous mediator among her friends, family and colleagues, which is why they have all turned up to celebrate her 50th birthday. But after a few too many glasses of champers, Ruby’s speech doesn’t exactly go to plan. Instead of delivering the witty and warm words her guests are expecting, Ruby takes her moment in the spotlight to reveal what she really thinks of every one of them. She also accuses her husband, Harry, of having an affair, and reads to the audience the evidence she found on his phone that very morning.
Saving the best till last, Ruby lambasts her calculating octogenarian mother for a lifetime of playing her three daughters against each other. It’s blisteringly brutal. As the stunned gathering gawks at Ruby, the birthday girl concludes her bravura monologue with the throwaway comment that she has terminal cancer. She has cashed in her life savings and plans on taking her two sisters cruising until she dies. Courageous? Or ruthlessly selfish?
But, do they even want to go with her? And, was it her medical results she read?
$32.99Add to basket ›