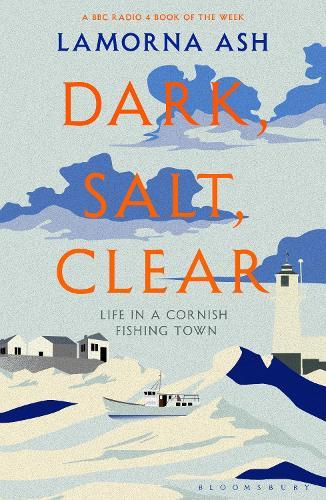 A captivating, lyrical and deeply discerning portrait of life in the Cornish town of Newlyn, the largest working fishing port in Britain, from a brilliant debut writer.
There is the Cornwall Lamorna Ash knew as a child - the idyllic, folklore-rich place where she spent her summer holidays. Then there is the Cornwall she discovers when, feeling increasingly dislocated in London, she moves to Newlyn, a fishing town near Land’s End. This Cornwall is messier and harder; it doesn’t seem like a place that would welcome strangers.
Before long, however, Lamorna finds herself on a week-long trawler trip with a crew of local fishermen, afforded a rare glimpse into their world, their warmth and their humour. Out on the water, miles from the coast, she learns how fishing requires you to confront who you are and what it is that tethers you to the land. But she also realises that this proud and compassionate community, sustained and defined by the sea for centuries, is under threat, living in the lengthening shadow cast by globalisation.
An evocative journey of personal discovery replete with the poetry and deep history of our fishing communities, Dark, Salt, Clear confirms Lamorna Ash as a strikingly original new voice.
$32.99Add to basket ›

END_OF_DOCUMENT_TOKEN_TO_BE_REPLACED

The Gospel of the Eels