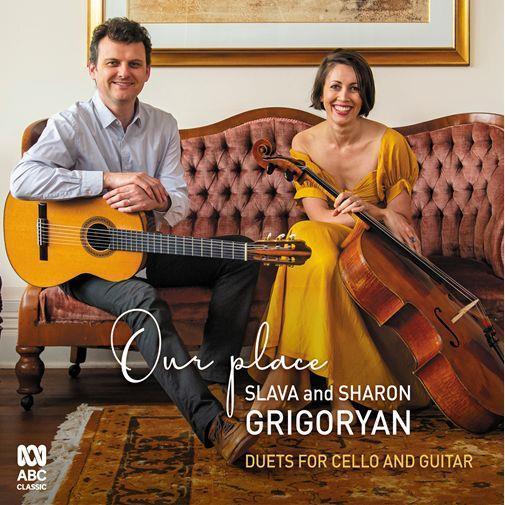 Australia’s favourite musical couple, Slava and Sharon Grigoryan, invite you to their place and to hear them play their favourite pieces of music for you.
In their very first album together as a duo, Slava and Sharon play the music that means the most to them - from the first serious piece that Sharon ever played as a student and pieces composed by Slava’s guitar heroes, to pieces written specifically for them by friends and family.
“We have now been playing together for five years,” Slava and Sharon write, “And have always known that we wanted to record together. So by the time we scheduled the recording sessions for this album, we had already been talking about it for a few years, and every piece here has been thought about, and tried and played, put on the shelf and come back to.”
“Every piece on this album holds a special place in our hearts for different reasons: Ravel’s Habanera was one of the first pieces that Sharon played as a student that opened up her musical imagination; composers Bill Lovelady and Wolfgang Muthspiel are dear friends and long-term collaborators of Slava’s, Astor Piazzolla’s Café 1930 is the first piece we played together as a duo, and Edward Grigoryan’s Ngeringa was composed as a birthday present for Sharon. That’s why this album is so special to us.”
$21.95Add to basket ›