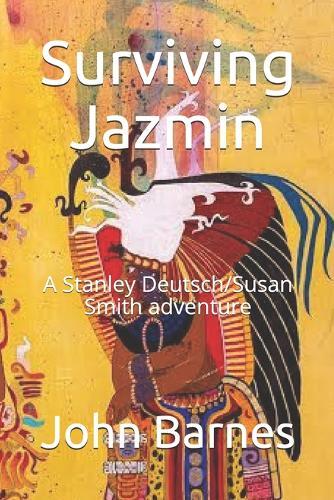 Stanley Deutsch, 44, a divorced former actor lives in Malibu, California, where he makes a handsome living solving other people’s problems. He’s hired to bring an Iranian woman named Jazmin Choli from Vienna, Austria, to LA. It’s easy money, he thinks, so he accepts. Stanley’s a heterosexual male and an alcoholic. To escape stress, and sometimes just because he feels like it, he lives a separate life as female Susan Smith in a small apartment in Pasadena, a half hour’s drive from Malibu. Unbeknownst to Stanley/Susan, Jazmin’s a serial killer who’s planning a terrorist attack in Pasadena on New Years Day. After finishing her work, Jazmin vanishes. Susan is hired to catch and kill Jazmin before she kills again.