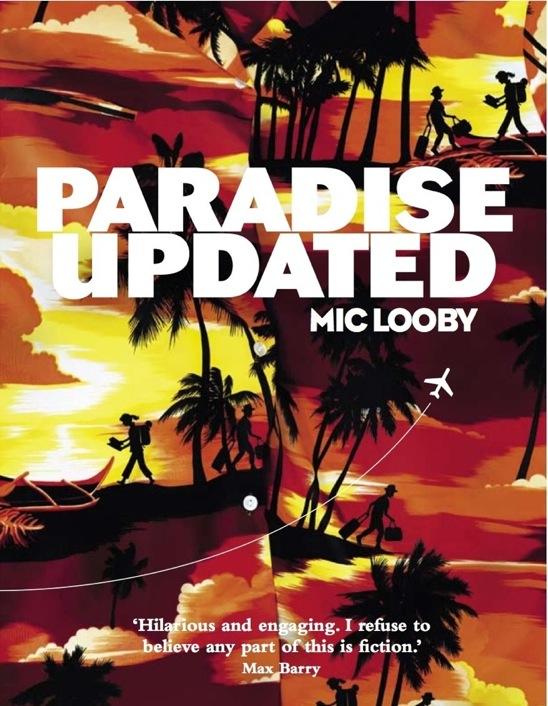 There are precious few places still untouched by tourism. Paradise Lost? Chance would be a fine thing. More like Paradise Packaged, Marketed and Sold in Easy-to-Enjoy Portions. And if there’s money to be made shining light into the darkest corners of the world, SmallWorld wrote the book on it.

Robert Rind is a legend in travel writing circles, fiercely independent and resolutely old school. Too old school. The Company decides he’s a liability and sends young, pliable Mithra to tropical Maganda to take his place. But the guidebook writer’s life isn’t all bustling street markets and five-star resorts: as any seasoned traveller knows, things rarely go as planned and Robert Rind is unlikely to come quietly.

Robert Rind is a legendary guidebook writer, working for trendy guidebook publisher SmallWorld (whose offices are located in a ‘tastefully converted industrial suburb’ with a cafeteria, rooftop garden and gym). Mithra is his editor at SmallWorld who unexpectedly finds herself hunting him down in Maganda to tell him he’s fired and that she’s replacing him. Maganda, of course, is a backpacker’s dream, the hottest island to visit in the Pacific Ocean, and Rind has written the must-have guidebook for it (the Bible). Can you see where this is going?

Mic Looby’s debut novel is a satirical romp through a landscape most travellers know well. The creation of legends and ultimate backpacker destinations, the branding of information, the corporatisation of independent travel … and the endless corruption of once idyllic destinations as tourists clutching the Bible pick their way through its pages. This is a darkly funny tale that will have you laughing (often uncomfortably through recognition) even as you try to discern between fact and fiction.