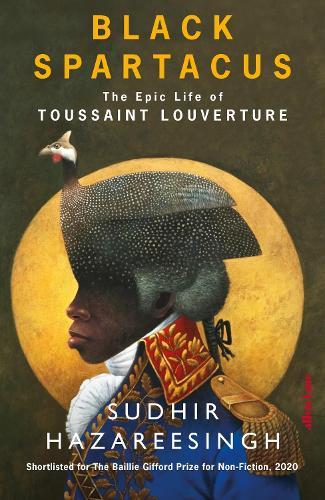 The Haitian revolution began in the French colony of Saint-Domingue with a slave revolt in November 1791, and culminated a dozen years later in the proclamation of the world’s first independent black republic.
Touissant Louverture did more than any other to shape the course of this revolution - after the abolition of slavery in 1793, he became the leader of the colony’s 500,000 blacks, commander of its republican army and eventually its governor. Treacherously captured by Napoleon’s invading army a year later and imprisoned, he ended his days as the revolution’s most eminent martyr. Louverture confronted the mighty forces of his age - slavery, settler colonialism, imperial domination, racial hierarchy and European cultural supremacy - and bent them to his implacable will. He was the world’s first black superhero.
Sudhir Hazareesingh draws on a wealth of archival material, much of it overlooked by previous biographers, to follow every step in Louverture’s singular career, to capture his voice and the force of his personality. To a greater extent than any previous biography, Black Spartacus situates Louverture’s vision and leadership not solely in the context of events in Europe and imported Enlightenment ideals, but in a world of hybrid slave culture and African and Caribbean influences.
$73.95Add to basket ›