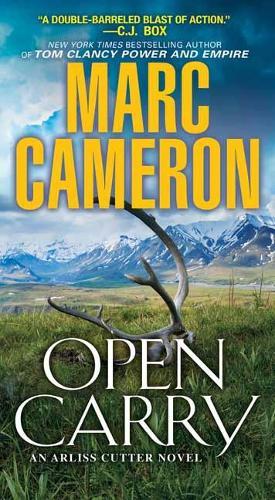 Raised in the swamplands of Florida, U.S. Marshal Arliss Cutter is a born tracker. After enlisting in the military, fighting in the Middle East, and working three field positions for Marshal Services, Cutter is sent to the icy wastelands of southeast Alaska. Three people have disappeared on Prince of Wales Island. Two are crew members of the reality TV show, Alaska Adventure Jobs. The other is a Tlingit Indian girl who had the misfortune of witnessing their murders. Cutter’s job is to find the bodies, examine the crew’s footage for clues, and track down the men who killed them. Easier said than done. Especially when the whole town is hiding secrets, the trail leads to a dead end-and the hunter becomes the prey … MORE PRAISE FOR OPEN CARRY A terrific new series. Cameron brings the Alaskan wilderness to life. -The Real Book Spy