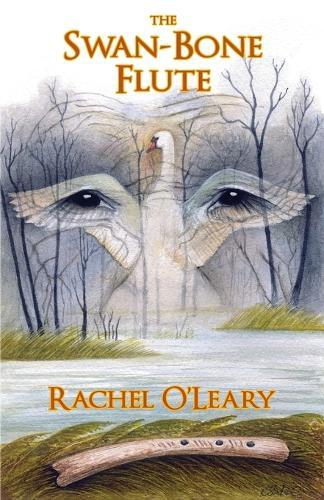 In Dark Ages Britain, strong women struggle to protect the forest and their freedoms. Storytelling inspires them to stand up to the greed that’s groping its way in … Ursel jumps down from an oak to scare a mother deer away from the hunters. Her uncle beats her with his spear-butt. How dare she defy him? He needs venison to impress his lord the Thane at the feast. She is defending life in the wildwood. Is he entitled to hit her, a free woman? Hilda the travelling storyteller walks into this fen-edge settlement. ‘Do I carry trouble in my pack? You have plenty of your own! I bring tales to lift you …’ Elder Edith wants the settlement to resolve the conflict with talk, in the old way. To show how the new system keeps women in their place, the Thane leers and threatens rape. The women must work together - but culture divides them. Privileged Anglo-Saxon colonisers mistrust their Celtic British slaves. Meg longs to become a storyteller, but how can she, a slave, dare? Ploughing and planting give them blisters and backache. They bicker. As the women gut fish or weave cloth by the peat fire, Hilda tells stories to spark their imaginations. Once there was a place where queens ruled in peace. Invaders galloped into that valley and smashed their way of life … but one wise woman escaped to keep the old ways alive. Can the young queen find her in the mountains? What visions await her in the Cave of Dreams? Inspired by these tales, the Headman’s wife must choose: lose her home and children, or her friends? Her husband talks of throwing her out if she sides with the Elder. Still the women argue. Hilda encourages them to tell their own stories. Listening changes everything! As they support each other, old wounds heal and they learn to value their female friendships. The Thane and his fighters will be back at full moon to take over their gathering. Together, the women plan to outwit him. They need the healer’s spell-craft to raise mist … Holding their wings up like feathered arms, the cranes leaped and twirled. Sunset light gleamed through the mist, turning their white wings to gold. They moved with slow grace, each foot-thump lofted by their wing-feathers, uttering eerie calls. They vanished into clammy whiteness as the sun slid below the horizon. Hilda shivered. They wormed their way back to the boat. Meg poled the punt out through reed beds into open water. Tomorrow - Hilda’s mind ran ahead - Thane and Headman might kick me out. Without me putting ideas in women’s heads, they can take control. When I’m old, I’ll die alone in a ditch with no apprentice to care for me, and my stories will die with me. So far I’ve walked with bones aching, to find somebody like Meg. She buried her head in her hands. If I go, Meg won’t ever stand in her strength, telling a story in the Great Hall. Her life will dribble away, mucking out pigsties. The light in her eyes will go out like a tallow dip. ‘Meg, they may chuck me out tomorrow.’ ‘Because you make people think? Do you ever change the endings? Would you, if it meant you could stay?’ Hilda shook her head slowly. Her chest was empty - no breath came to carry words. ‘I can’t. Even if they kill me, I’ve got to tell the truth of the stories. My bones speak through me.’ Share this beautiful, thought-provoking book with friends. Together, we can make a difference!