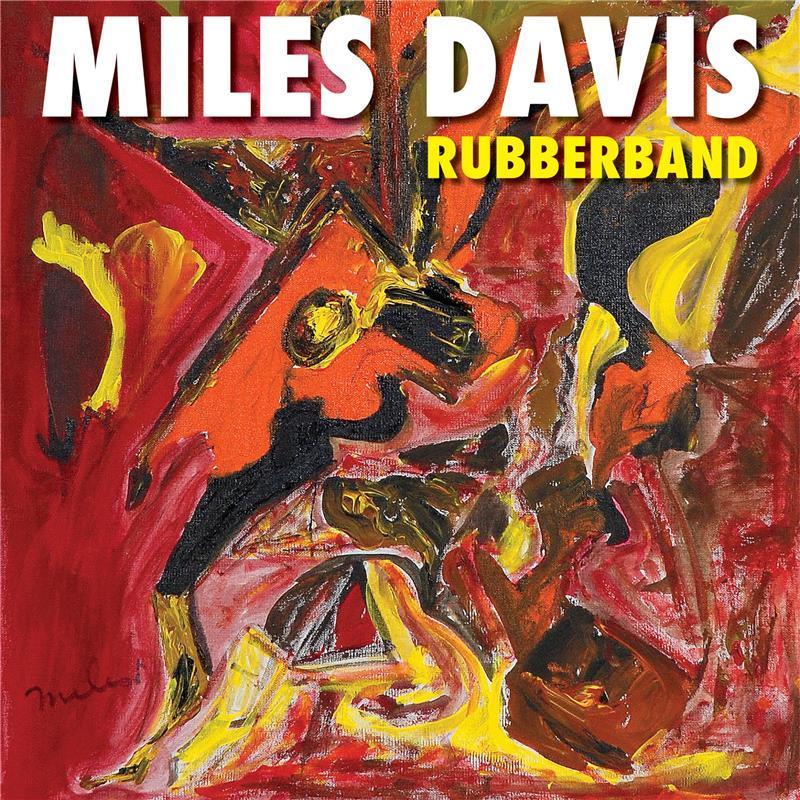 Miles Davis shocked the music world in 1985 when he left Columbia Records after 30 years to join Warner Bros. Records. In October of that year, he began recording the album Rubberband in Los Angeles at Ameraycan Studios with producers Randy Hall and Zane Giles. The musical direction Davis was taking during the sessions marked a radical departure, with the inclusion of funk and soul grooves and plans to feature guest vocalists Al Jarreau and Chaka Khan. Eventually, the album was shelved and Davis went on to record Tutu, leaving the Rubberband songs unheard and untouched for over 30 years.
Davis' fans finally got a taste of the iconic trumpeter’s long-lost album last year with the release of a four-song Rubberband EP for Record Store Day and digitally. Now Rhino is excited to announce that the entire 11-song Rubberband album will make its debut on September 6 on CD, LP, and digitally. It was finished by the original producers - Hall and Giles - and Davis' nephew, Vince Wilburn, Jr., who played drums on the original sessions for the album in 1985-86. The track “Rubberband of Life” featuring Ledisi is available now digitally. Click here to listen. The cover art for the album is a Davis original painting from the time.
In 2017 - 32 years after Davis started recording Rubberband - Hall, Giles, and - and Davis' nephew, Vince Wilburn, Jr., who played drums on the original sessions for the album, began work to finish the album. The final version includes several guest artists including singers Ledisi (a 12-time Grammy nominee) and Lalah Hathaway (daughter of soul legend Donny Hathaway).
Davis - who plays both trumpet and keyboards on the album - was joined in the studio by keyboardists Adam Holzman, Neil Larsen and Wayne Linsey; percussionist Steve Reid; saxophonist Glen Burris; and Wilburn, Jr. on drums. The sessions were engineered by Grammy-winner Reggie Dozier, whose brother Lamont Dozier was part of the legendary Motown songwriting team Holland-Dozier-Holland.
$22.95Add to basket ›