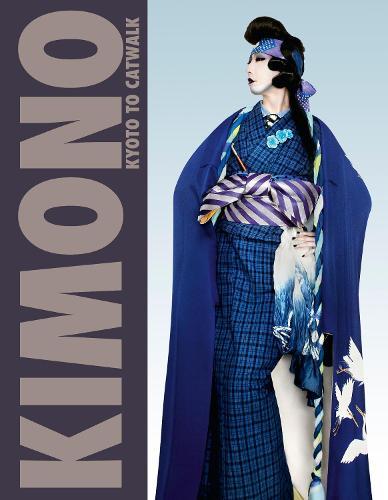 The kimono is the ultimate symbol of Japan, revered within the country as the embodiment of national culture and regarded internationally as an exotic fascination. The iconic garment is often viewed as traditional, unchanging and timeless, but this book counters that conception, presenting the kimono as highly dynamic and fashionable dress. The cultural and sartorial significance of the kimono is explored in historical and contemporary contexts, both in Japan and the West, where its impact on clothing styles has been felt since the seventeenth century.
Beautifully illustrated, the book features over 250 kimono and kimono-inspired garments from the V&A and collections around the world, revealing its sartorial influence on pop stars from David Bowie to Bjoerk and examining the ways in which fashion designers such as Issey Miyake, John Galliano and Alexander McQueen have reworked its legacy.
$79.99Add to basket ›

END_OF_DOCUMENT_TOKEN_TO_BE_REPLACED

A Century of Colour in Design

Northside: A time and place