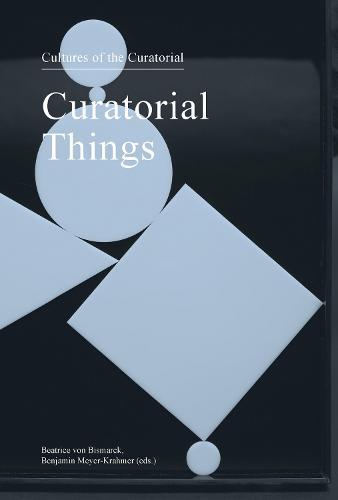 Considerations of thingness, intertwining transdisciplinary discourses, transcultural perspectives, and methods of practice-theory.The meaning, function, and status of things have changed decisively over the past two decades. This development can be traced back to a growing skepticism since the second half of the twentieth century that culture can be presented through things. The questioning of thingness is an integral part of presentation and has informed and shaped the social relevance of the field of the curatorial. Immanent to presentation as a mode of being (public) in the world, the curatorial has the potential to address, visualize, and question the central effects of the changing status and function of things. The presentational mode has played a generative role, vitally participating in the mobilization of things through its aesthetic, semantic, social, and, not least, economic dimensions. Intertwining transdisciplinary discourses, transcultural perspectives, and methods of practice-theory, the anthology Curatorial Things is a new orientation of the analysis of things.ContributorsArjun Appadurai, Annette Bhagwati, Beatrice von Bismarck, Bill Brown, Sabeth Buchmann, Clementine Deliss, Andre Lepecki, Maria Lind, Sven L tticken, Florian Malzacher, Benjamin Meyer-Krahmer, Sarah Pierce, Peter J. Schneemann, Jana Scholze, Kavita Singh, Lucy Steeds, Leire Vergara, Katharina Weinstock, Judith Welter