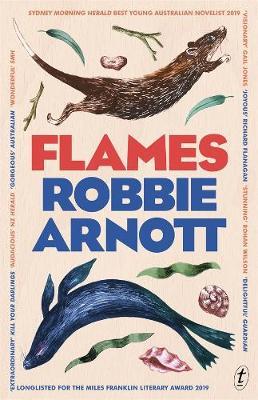 A young man named Levi McAllister decides to build a coffin for his twenty-three-year-old sister, Charlotte-who promptly runs for her life. A water rat swims upriver in quest of the cloud god. A fisherman named Karl hunts for tuna in partnership with a seal. And a father takes form from fire.
The answers to these riddles are to be found in this tale of grief and love and the bonds of family, tracing a journey across the southern island that takes us full circle.
Flames sings out with joy and sadness. Utterly original in conception, spellbinding in its descriptions of nature and its celebration of the power of language, it announces the arrival of a thrilling new voice in contemporary fiction.

A cremated woman returns after her ashes are scattered in the bush. A water rat searches for the Cloud God. A wombat farmer who dreams of cormorants every night wakes to find his bed full of feathers.

To try to sum up everything that happens in this novel (and considering it’s a quick read of only 256 pages, there is a remarkable amount that does happen) is to miss the point of Robbie Arnott’s work. Flames is not so much the story of one person or even a group of people, but more so the story of a place, a version of Tasmania where the landscape has a voice, a history, an impact on the lives of its inhabitants. A Tasmania where humans live side by side with gods, and every aspect of nature has a touch of the unknowable about it, where wonders abound and there are mysteries that can never be explained. Flames borrows from a range of styles, including magical realism, as the magic that permeates it is sometimes taken as part and parcel of everyday life in this bizarre new universe, and sometimes regarded with the awe that would be awarded it in a fantasy novel.

While exploring the usual themes that pop up in Australian literature, such as grief, and obsession (think Richard Flanagan’s First Person), Arnott approaches the topic with a refreshingly new vision. Each chapter flicks to a different point of view, told with its own unique voice and genre, in a fashion reminiscent of David Mitchell’s Cloud Atlas.

This is the kind of book that you’ll be able to read a second, third, even fourth time, and it will still never reveal all its secrets. Composed with meticulous attention to detail, and a mastery of form rarely found in a debut novel, Flames will keep you stewing long after you’ve finished reading it.

END_OF_DOCUMENT_TOKEN_TO_BE_REPLACED 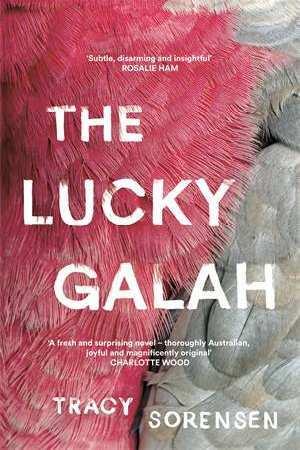 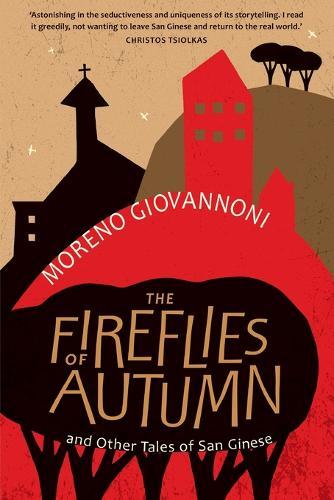 Tuscany as you have never seen it before . . .

Pulse Points is the collected stories by Jennifer Down, author of Our Magic Hour and one of Australia's newest and most promising literary talents.