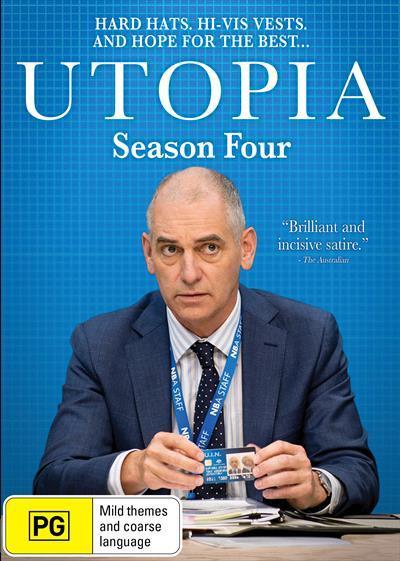 The Logie and AACTA award winning comedy about good government gone bad returns for another season.
Big dreams. Bigger budgets. And still, so little to show for it. Set inside the offices of the “Nation Building Authority”, a (fictional) organization responsible for overseeing major government initiatives, Utopia explores that moment when bureaucracy and big dreams collide.
The award-winning series follows the working lives of a beleaguered team in charge of guiding big construction schemes from announcement to unveiling. Constant shifts in priorities are the order of the day as the staff are forced to oversee projects that the feasibility study said were not actually feasible. Everything from light-rail to high density urban developments. Toll-roads to high-tech traffic management systems.
In short, Utopia examines the making of a very well-designed white elephant.
$19.95Add to basket ›