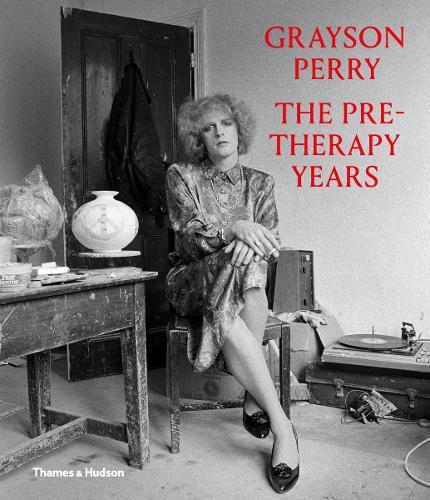 The first book to concentrate on the early ceramic work of ‘Transvestite Potter’, bestselling author, broadcaster and social commentator Grayson Perry.
Grayson Perry is now a household name as a result of his widely viewed television documentaries, numerous publications - including his critically acclaimed book about masculinity, The Descent of Man - and dazzling appearances dressed as his alter ego, Claire. However, Perry first came to public attention in 2003 when he won the Turner Prize, the first ceramicist to do so, and rapidly established a unique brand as ‘the transvestite potter’.
Ceramics are still central to Perry’s work as an artist, and this book examines the plates, pots and statues from the early 1980s to the mid-1990s that laid the foundations of his career. It traces his artistic development, examining the iconography and meaning behind the work, as well as placing his art in the context not only of his own psychological make-up in the period before he underwent therapy but also of the various subcultures of the London art scene.
With essays by Grayson Perry, Andrew Wilson and Catrin Jones.
$39.99Add to basket ›

END_OF_DOCUMENT_TOKEN_TO_BE_REPLACED

The Life & Love of the Forest