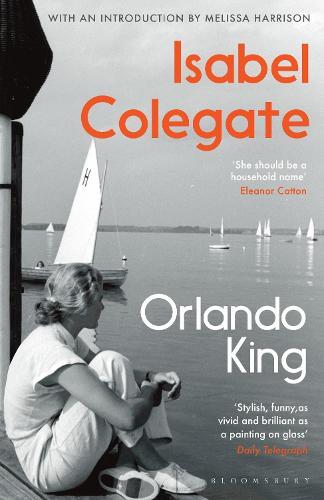 The masterpiece of one of the most important and overlooked British women writers of the twentieth century, with a new introduction by Melissa Harrison; ‘Isabel Colegate has no rival’ (The Times) ‘If you are curious as to why Britain is still ruled by a tiny cadre of not-very-introspective aristo-capitalists, Orlando King is essential reading’ Sunday Times ‘Colegate’s sharp-eyed trilogy about a young man on the make in 1930s London feels particularly resonant right now, given its acute take on male privilege and power’ i paper, Summer Reading Picks 2020 ‘An extraordinary achievement’ Frances Wilson, Times Literary Supplement, Summer Reading Picks 2020 Orlando King is a trilogy about a beautiful young man, raised in a remote and eccentric wilderness, arriving in 1930s London and setting the world of politics ablaze. In a time of bread riots and hunger marches, with the spectre of Fascism casting an ever lengthening shadow over Europe, Orlando glidingly cuts a swathe through the thickets of business, the corridors of politics, the pleasure gardens of the Cliveden set, acquiring wealth, adulation, a beautiful wife, and a seat in Parliament. But the advent of war brings with it Orlando’s downfall; and his daughter Agatha, cloistered with him in his banishment, is left to pick through the rubble of his smoking, ruined legacy. Elegant and muscular, powerful and razor-sharp, Orlando King is a bildungsroman, Greek tragedy and political saga all in one; a glittering exorcism of the inter-war generation’s demons to rival the work of Evelyn Waugh and Muriel Spark.