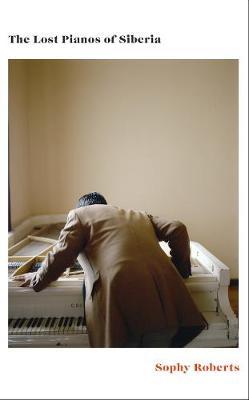 Siberia’s story is traditionally one of exiles, penal colonies and unmarked graves. Yet there is another tale to tell.

Dotted throughout this remote land are pianos - grand instruments created during the boom years of the Nineteenth Century, and humble, Soviet-made uprights that found their way into equally modest homes. They tell the story of how, ever since entering Russian culture under the influence of Catherine the Great, piano music has run through the country like blood.
How these pianos travelled into this snow-bound wilderness in the first place is testament to noble acts of fortitude by governors, adventurers and exiles. That stately instruments might still exist in such a hostile landscape is remarkable. That they are still capable of making music in far-flung villages is nothing less than a miracle.
But this is Siberia, where people can endure the worst of the world - and where music reveals a deep humanity in the last place on earth you would expect to find it.

‘Instead of tigers, I would track pianos,’ Sophy Roberts declares while sharing a meal with a Siberian tiger researcher in the Far East of Russia. This was the moment when Roberts decided she would search for one of the lost pianos of Siberia. She had previously been asked by a friend if she might be interested in tracking down a piano that had aged along with Siberia; a piano that could capture the warmth and the longing of Bach and Chopin, and so prove a fitting companion for a mutual friend and virtuoso pianist in the steppes of Mongolia.

This emblematic and also practical search for pianos in the vastness of Siberia propels a fascinating trip through more than three centuries of Russian and Siberian history. In the style of the best travel writing, Roberts moves through a landscape both present and remembered, interweaving grand narratives of Russian and European colonial history with grounding anecdotes and characters from her immediate experiences.

With each encounter Roberts is pulled through the centuries of Russian history, from Catherine the Great promoting an uptake in European music to the establishment of music schools by noble exiles in the nineteenth century. It was the Soviet-era promotion of music education that brought a music school to every town and city, and this fact convinces Roberts that there must be many pianos in Siberia to be found.

As we read, we travel as Roberts does – with writers, exiles and adventurers who came before, from Chekhov (on a journey to a tsarist penal colony to write about the brutality of exile), to two women from California and their pet dog who came to join a communist collective in the 1920s.

Evocatively and elegantly weaving together the companion stories of harsh exile and delicate music, The Lost Pianos of Siberia is as unexpected and satisfying as its title.

END_OF_DOCUMENT_TOKEN_TO_BE_REPLACED

Difficult Women: A History of Feminism in 11 Fights