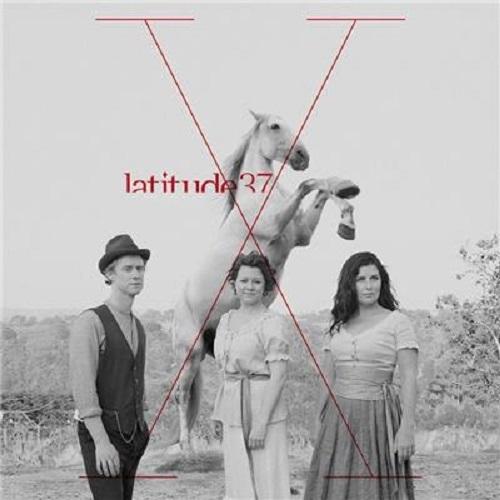 Since 2008, Latitude 37 has been delighting audiences around Australia and beyond with its unique approach to early music, combining musical integrity with a passion for communicating the beauty and humanity of Baroque music through performance.
This album celebrates the music which has brought the trio joy over its first ten years together. ‘We’ve chosen works that are close to our heart as Baroque players – traditional favourites such as Marin Marais’s Bells of St Genevieve as well as lesser-known gems by Erlebach, Cavalli and Uccellini. And we also wanted to celebrate those times when we kick off our shoes and have some collective fun: exotic Bulgarian dances, French folk songs, and exquisite music by Erik Satie, reimagined for the 17th century.’
The three members of Latitude 37 – two from Australia and one originally from New Zealand – are all graduates of the Royal Conservatory in The Hague, drawn together by their commitment to historically informed performance of 17th- and 18th-century music, and their performances marry scholarship with virtuosity, creative flair and a warm rapport with audiences.
Named after the latitudinal position which links Melbourne to New Zealand, Latitude 37 has become a firm favourite on the Australasian early music scene, with regular festival appearances, concerts at the Melbourne Recital Centre, tours for Chamber Music New Zealand, numerous broadcasts on ABC Classic and three CD albums, including two ARIA nominations. Its distinctive combination of Baroque violin, viola da gamba and harpsichord opens up a wealth of repertoire that is rarely explored by other Australian ensembles.
$22.95Add to basket ›