The Ruins of Melda: Book One of the Moonblade Saga 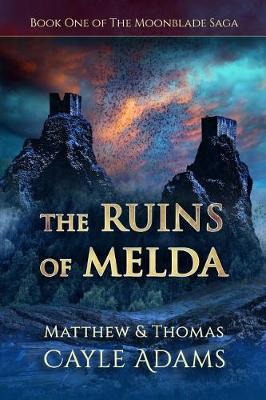 The Ruins of Melda: Book One of the Moonblade Saga

Thievery is one way to make a living in the cutthroat city of Riverlok, but their latest heist throws two youths into the midst of a dangerous political intrigue.When thieves Kalo and Ty realize that their animal companion has stolen a scroll from the grand scholar of the realm, they uncover a plot to seize power in the kingdom and soon find themselves the targets of a vast manhunt. On orders from their prince, they team up with a royal guard and a skilled hunter to deliver the scroll to a monk who can decipher its contents. Crossing territories crawling with armies of dangerous enemies, they must make their way to the Ruins of Melda, where an ancient evil awaits-and on the way, as he learns the skills to survive in a harsh world, Kalo discovers that his mysterious abilities could be the key to saving them all.