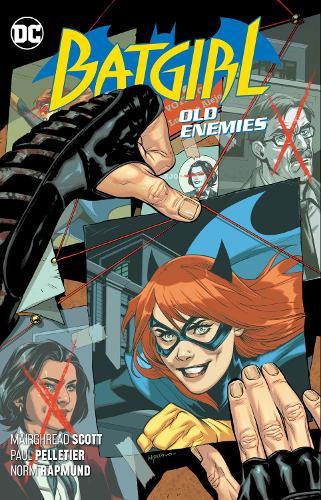 You can take the Batgirl out of Gotham City, but you can’t take Gotham out of the Batgirl! Join Barbara Gordan (Batgirl) as she pursues a political position to help steer her city in the right direction in Batgirl Vol 6. It’s Batgirl for Congress! Plus, masked assassins and awkward exes! Barbara Gordon volunteers to campaign for an up-and-coming reformer candidate who wants to take on the GCPD. That puts Barbara in a tough spot against her father–police commissioner James Gordon. And just when things couldn’t get any more awkward, a former flame reenters Barbara’s life. Personal angst and a masked super-villain hunting a mystery target. It’s gonna be a long day, Babs. From writer Mairghread Scott, it’s a new journey for Batgirl as she balances vigilante life with a political campaign in Batgirl Vol. 6. Colects #30-36.