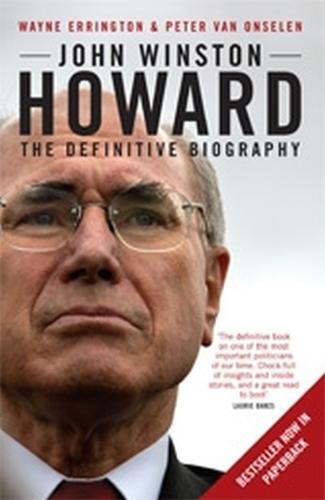 A portrait of one of Australia’s longest-serving prime ministers, this biography goes behind the public image to find neither the strong-willed man of principle his supporters like to imagine nor the cunning opportunist painted by his foes. The discussion covers Howard’s suburban middle-class upbringing and his success at implementing his polices, concluding that although the image of the ordinary bloke has helped his enduring popularity, he-like George Bush-possesses a number of uncommon strengths that have made him one of the most formidable leaders in Australian political history.

Howard’s End: The Unravelling Of A Government

John Howard and Kevin Rudd prepare to fight the battles of their careers. In one camp is the most experienced politician in the country; and, in the other is a rookie politician who seems unable to put a foot wrong. This work...

Says that John Howard is the first professional politician the country has seen, who has left a deep and lasting impact on modern politics, government and the country. Based on interviews with Howard's family, friends, political...

Liberals And Power: The Road Ahead

With November 2007's federal election loss, and with Labor running all state and territory governments, the Liberal Party has been forced to re-think its raison d'etre. This book examines the contemporary debate over liberalism,...