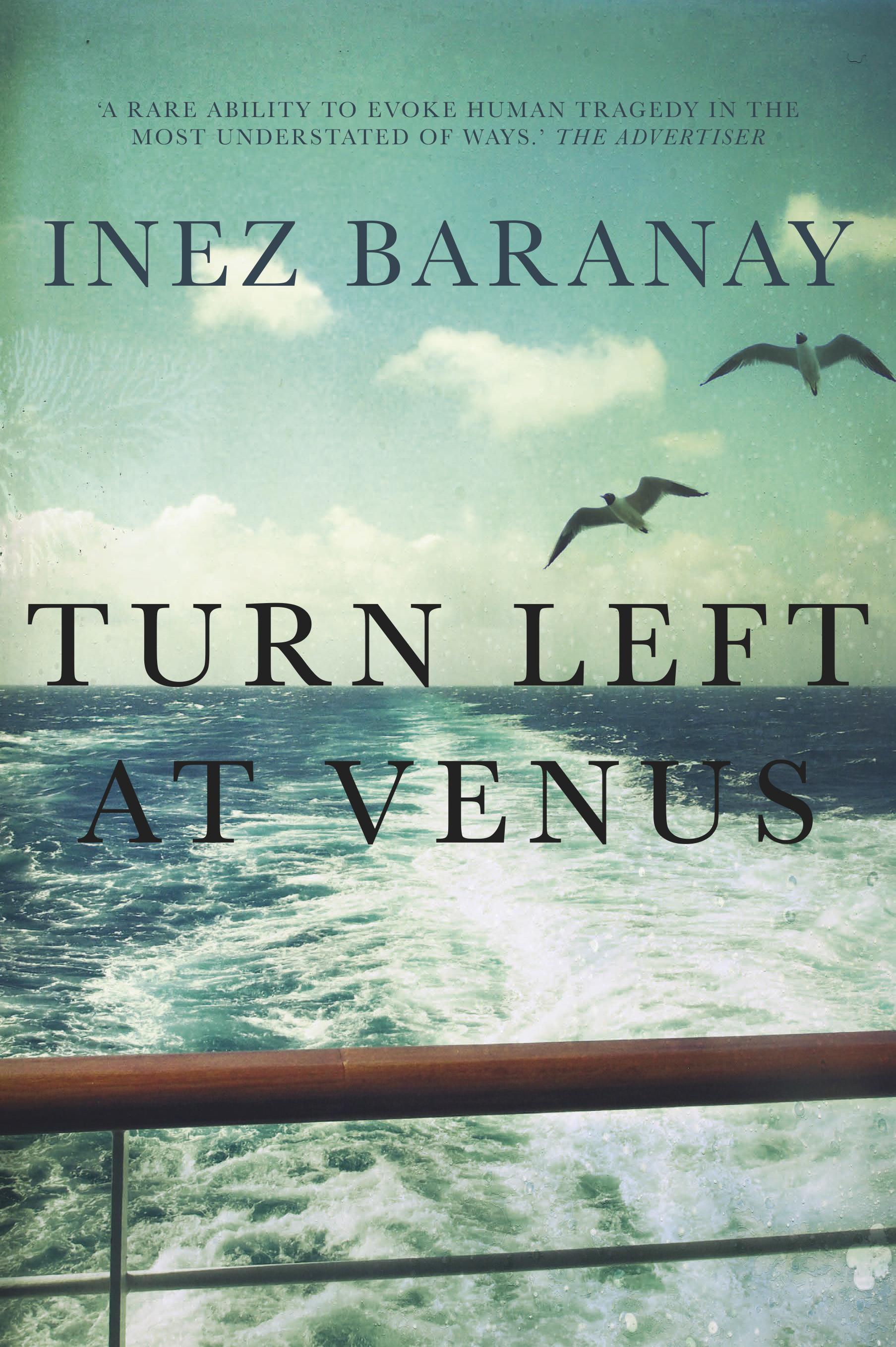 They were two little girls on a very big boat.
In the 1930s, Ada and Leyla meet as children on a boat bringing migrants from Old Europe to the New World. They talk of seeing kangaroos yet end up living miles apart from each other in suburban Sydney. Their separations are often lengthy but their friendship endures across continents and decades and is a thread in this haunting story of writing, relationships and ageing.
Ada (A.L. Ligeti) becomes an author, searching for a Utopian world, exploring aspects of patriarchy and gender in her groundbreaking feminist science fiction novel called Turn Left at Venus. That novel and its sequels are celebrated and much discussed by generations of fans. Memory and imagination fold seamlessly into one another as Ada keeps moving on, from relationships and places, living in hotels and rental spaces in Kings Cross, San Francisco, Ubud and elsewhere.
Baranay’s emotionally resonant portrait of the solitary and artistic life, lived adventurously across space and time, triumphantly celebrates the singularity of being, of age, of imagination, and of the ‘getting ready’ for the ending that life demands.
$29.99Add to basket ›