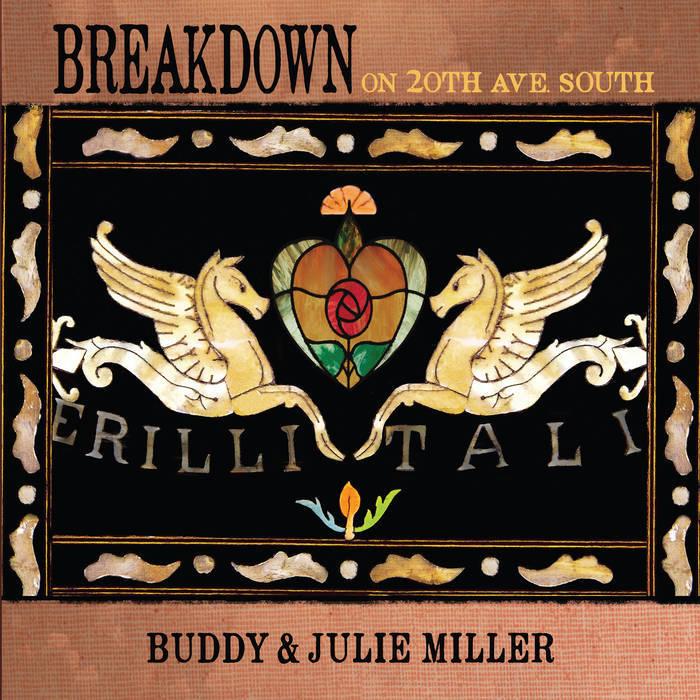 Their first album together in nearly 10 years, Breakdown On 20th Ave. South is an album of Julie Miller songs produced by Buddy Miller.

Husband-and-wife team Buddy and Julie Miller have released their first album in ten years – their third as a couple in nearly twenty years of recording together. Even they find it a little strange that they haven’t released more titles, but I suppose appearing on each other’s releases during that time appeased fans wanting to hear more from them.

They actually started working on this album straight after the 2009 release of Written in Chalk but unfortunately were waylaid by Julie’s battle with health issues that continue to this day. Julie having to take some time off ended up coinciding with a very productive period for Buddy as an in-demand session musician, collaborator and producer, working with Robert Plant and Alison Krauss, Richard Thompson, Patty Griffin and Shawn Colvin, to name a few. Trust me when I say the ten-year wait for their new collaboration is worth it.

Julie had written upwards of fifty songs for this release, none more prophetic than ‘I’m Gonna Make You Love Me.’ This song was her way of saying to Buddy that she had been ready for years to record this album so get off your arse, make some time and stop putting this off!

Considering the difference in their voices and their own releases it is hard to imagine upon hearing them together that they could indeed ever not record together. Julie’s sweet tones and Buddy’s rough and rugged voice and guitar playing create a wonderful blend. The sound is raw and Julie’s voice exhibits an emotion that only her lyrics could express. Bluesy, rootsy with a dash of soul, it’s all here. Years of rage and love and healing have gone into these stories. These two artists give us a snapshot of their lives together, through thick and thicker. What a beautiful harmony they create.