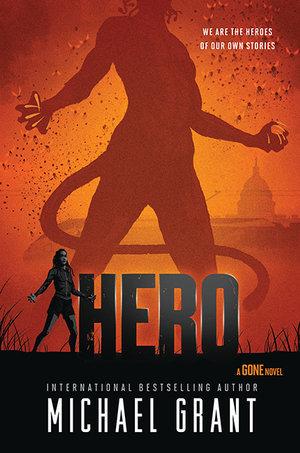 Monster. Villain. Hero.
Four years after the Perdido Beach dome went down, the alien virus that made it is still wreaking havoc, and virus-infested rock has created a new set of humans with mutant powers. Rockborn gang members Dekka, Shade, Cruz, Malik, Armo and Francis are fresh off their defeat of Dillion Poe and in need of answers to some very pressing questions about their own powers: who are the Dark Watchers? And what is this Fourth Dimension that only Francis can access?
But heroes don’t get downtime. When the alien-virus infested rock hits New York, a new foe, Bob Markovic, rises amongst the newly rockborn. Markovic’s arrogance and lack of a moral compass already made him unbearable. With his newfound power to inflict a deadly disease, he could send all of humanity into a living hell. As they try to find their footing on morally grey grounds, the Rockborn Gang will have to make some tough decisions if they want to save the world.
Michael Grant bids farewell to the globally bestselling Gone universe with the finale to the Monster trilogy.
$19.99Add to basket ›